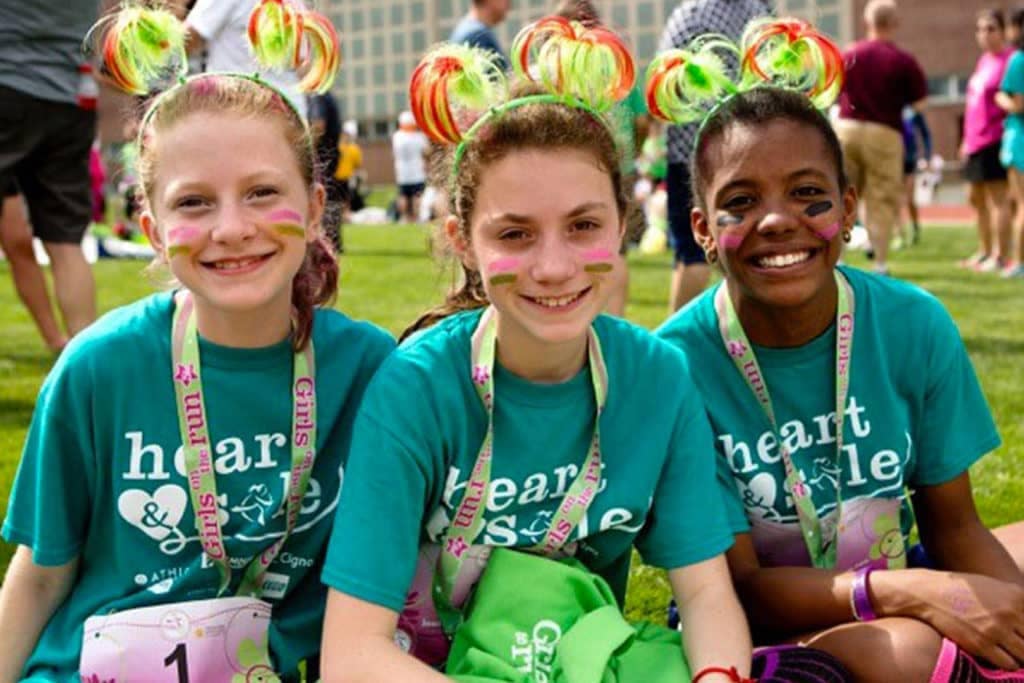 Jana’s Fund was created in memory of Jana Gulbrandson, who passed away in 1996 at age 14. Jana was known for her compassion towards others and always rooted for the underdog. The mission of the fund is to honor Jana’s memory by providing grants to organizations that support childhood health, wellness and education. Since Jana’s Fund was created at the Minneapolis Foundation, Apple Autos has donated over $250,000 to organizations that support kids. 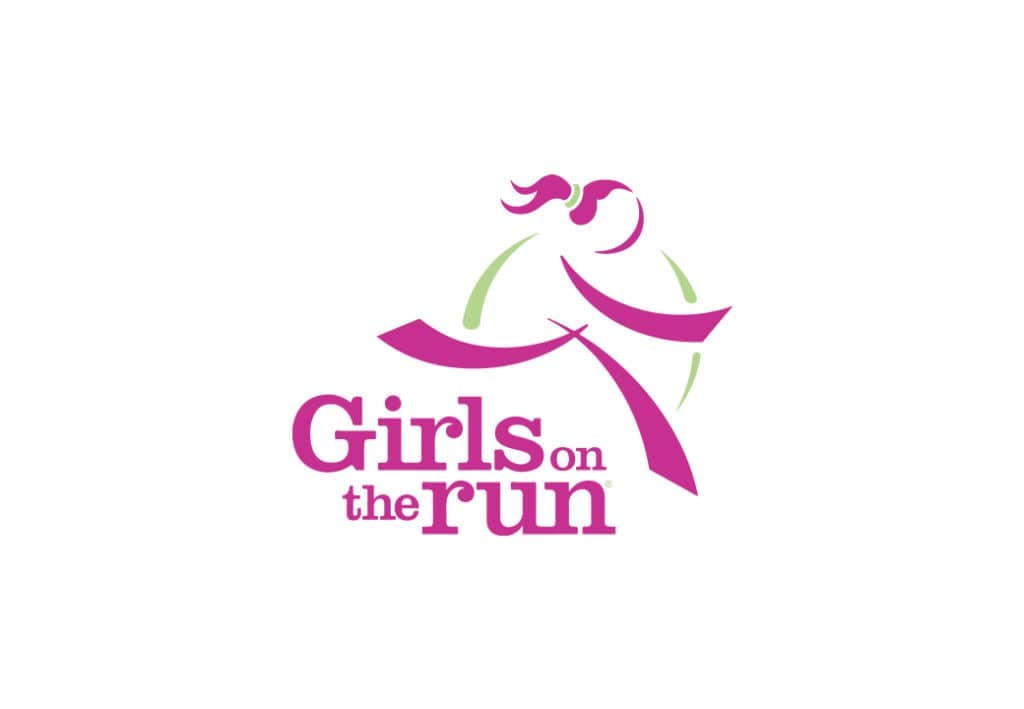 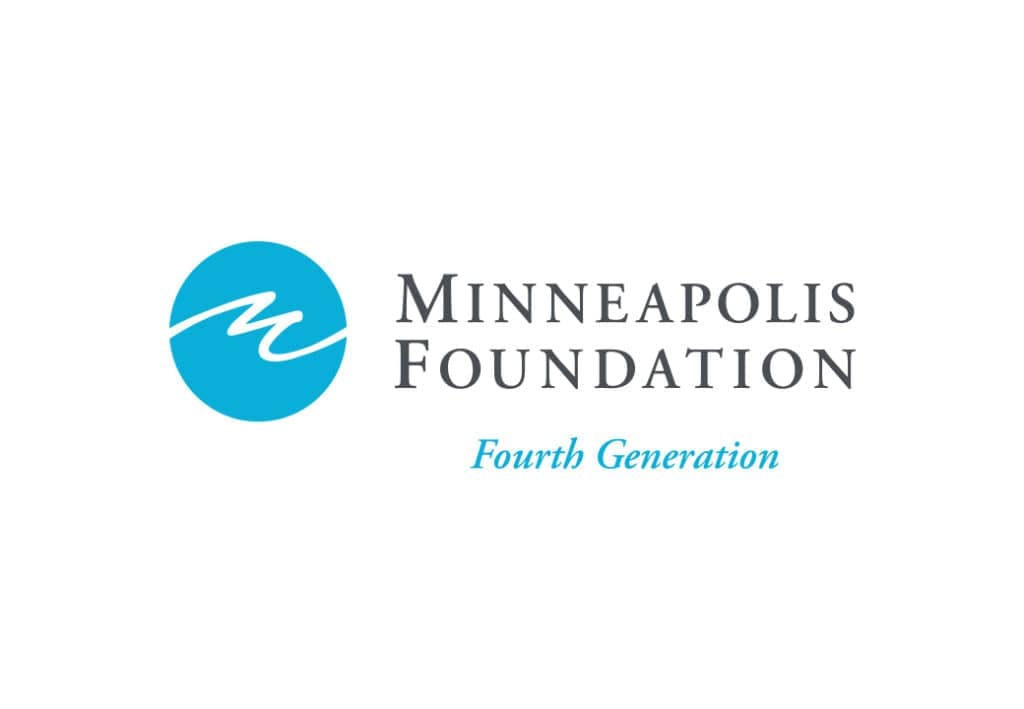 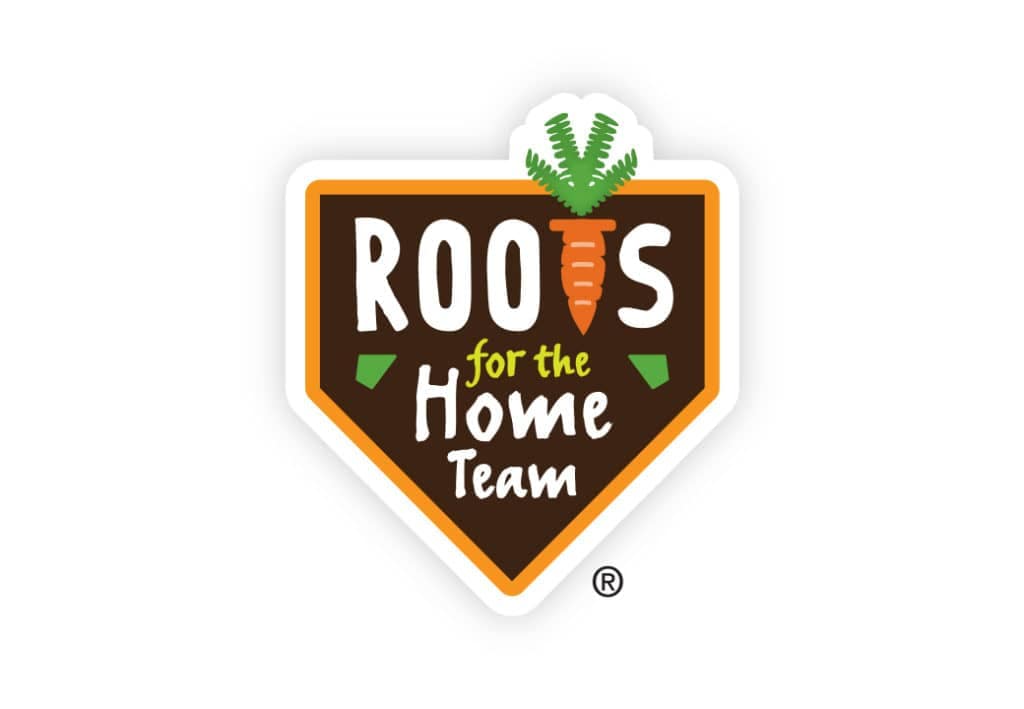 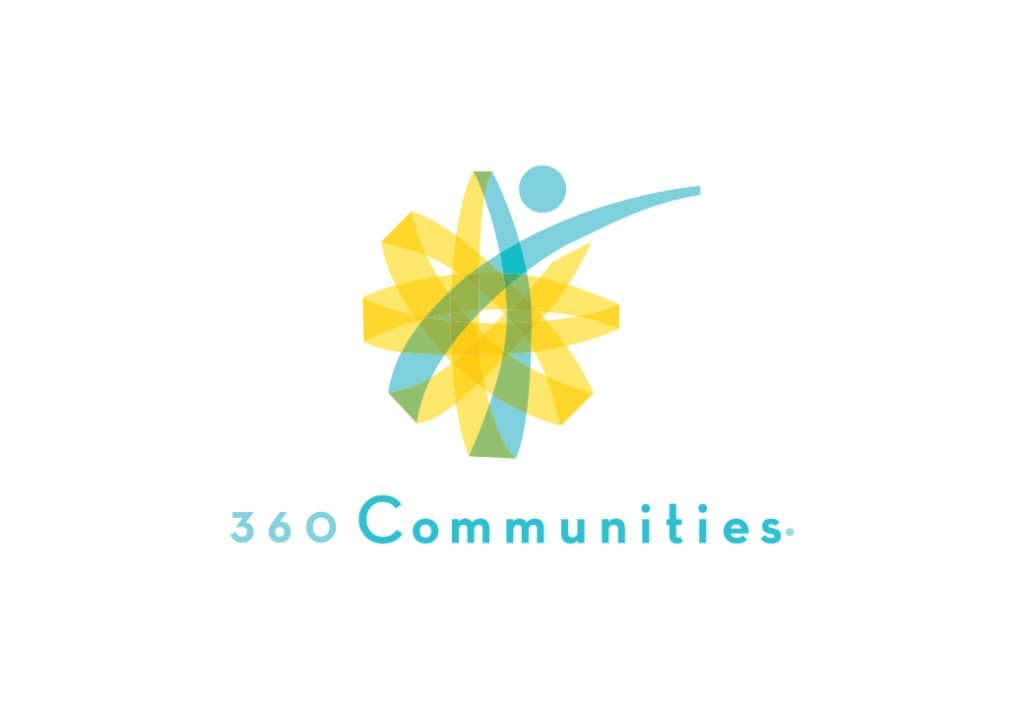 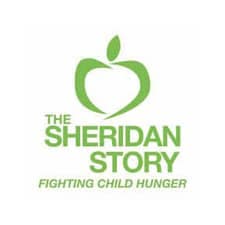 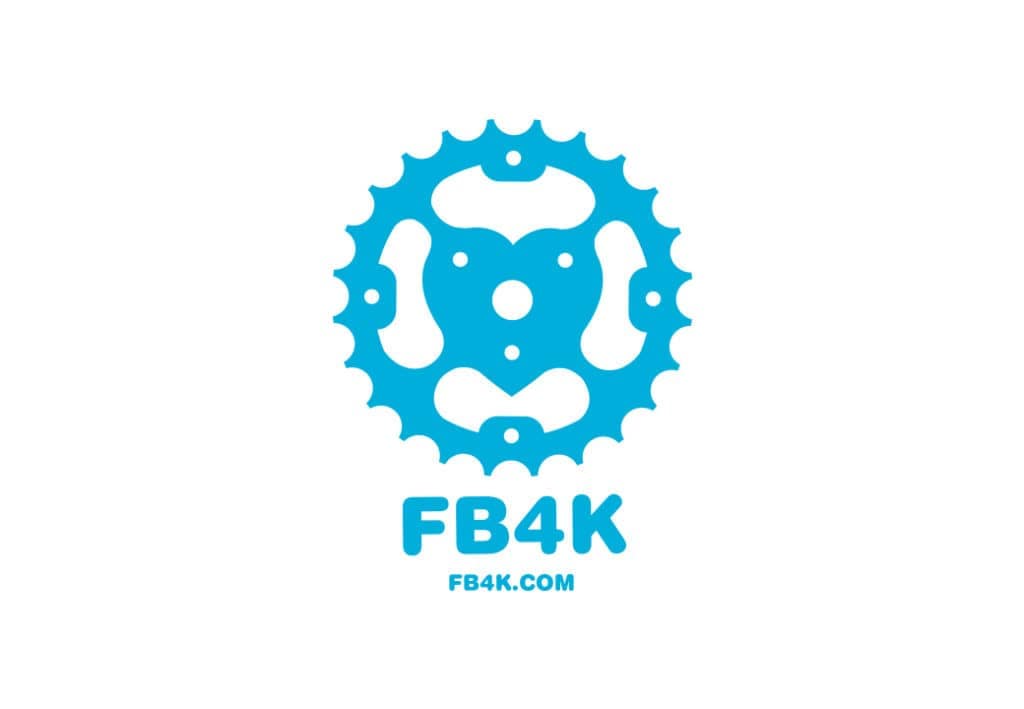 Girls on the Run

Don’t just walk-the-walk, walk-YOUR-walk. With our identity constantly getting disfigured, and ambitions lost in the shuffle of the media, we often neglect to recognize our true purpose. Girls on the Run® is a 501(c)3 non-profit organization on a mission create a reality where every girl is free to boldly pursue her dreams. Girls on the Run was developed so that girls might grow up knowing their worth and learning how to employ their full potential in everyday life.

What started with 13 girls in Charlotte, North Carolina has made tremendous strides to now having over 200 councils across the U.S. and District of Columbia. With the help of over 100,000 volunteers, Girls on the Run served over 185,000 girls in 2015, including its millionth girl! In the same year, Girls on the Run hosted more than 350 end-of-season 5K events across the United States, making the Girls on the Run 5K series the largest in the country. Not only that, the program also launched a new middle school program, Heart & Sole, which is dedicated to the unique needs of adolescent girls.

Even with a base in all 50 states, Girls on the Run believe they are nowhere near the finish line in their outreach. We are proud to support their strides to get there!

Roots for the Home Team

It is no coincidence that delicious rhymes with nutritious. Just ask Sue Moores, the first lady of fresh foods. Inspired by youth garden programs, Sue decided to do her part in teaching kids to appreciate and enjoy food by immersing them in its creation. With ideas sprouting, Sue decided to start Roots for the Home Team, a fresh food stand that budded its way into the Minnesota Twins stadium, and later the Milwaukee Brewers’ home field too. The same youth from the garden programs would take their skills and knowledge one step further in turning their produce into delicious salads. They would then work to sell those salads to a larger audience. It was Sue’s dream that they would gain culinary skills, sales and marketing experience, and a healthy portion of confidence and courage.

We had the privilege to talk to Sue and get a glimpse of Roots behind-the-scenes. We asked her to share the rough and raw details that no one sees when it comes to starting an organization from the “roots”. As it turns out, Sue cold-called the Twins Community Fund director, brought a sample idea of a salad concept, then spent 2 years trying to persuade the company to go for it. Talk about perseverance!

And that’s not even the full extent of it. Sue admitted that she didn’t make hardly any money for three years. “Tireless tenacity,” the words Sue used to describe it, “I knew in my heart that this program had the capacity to do great things and I wasn’t going to give up on it. I found generous people who believed in the concept and mission…Some made introductions, some shared their know-how, all helped me cut the path to make Roots work.”

Of course, with anything in life comes mountains and valleys, but Sue is hard-set on the goal and said the unbalanced lifestyle it has created is far outweighed by the impact she’s seen it have on youth. “[The kids] come from some pretty challenging circumstances and they show up to Roots eager to learn… I’ve met amazing youth and tremendously generous people. I’ve erased assumptions, learned gratefulness, humility and appreciation beyond belief.”

But the Roots are expected to get even deeper as Sue revealed that her 10-year vision is see a Roots program operating in every major league baseball ball park! We have no doubt that she’ll get there.

An unending evolution of community support. 360 Communities has a been through and seen it all. What started as a hotline identifying the unmet needs of the community has now grown into a highly versatile state-wide support system. With two sexual and domestic violence shelters, two family resource centers, a network of five food shelves and three school success programs, 360 gives people access to a full circle of support from all of their programs and resources. 360 Communities delivers a full circle of support to families through its integrated network of programs, resources, and community partners. No matter how people enter 360 Communities, trusting relationships are built to uncover and address the unique challenges the family or individual are facing. By providing holistic resources and referrals to stabilize their crises, 360 is able to help them plan and achieve a brighter future, as they define for themselves.

360 Communities is not quiet about the abundance of supporters and partners they both have and need in order to keep this life-changing organization firing on all cylinders. 360 Communities Partners For Success® employs family support workers in 32 schools and eight school districts to partner with educators and families. The family support workers implement effective home-based strategies to increase parental involvement, improve academic performance, and connect families to community resources.

Partners For Success® family support workers develop trusting relationships with families and provide stabilizing supports that lay the foundation for academic success. During the 2017-1018 school year, 91 students graduated high school with help from the Partners For Success® program. A 2015 University of Minnesota study found that if the program prevented just four students from dropping out of school, it would pay for itself for an entire school year.

See how 360 Communities are changing lives every day:

In the big city of Minneapolis, Minnesota rests an aged brick building reclaimed by a unifying mural of colorful culture. Rewind to the spring of 2010, the school administration at Sheridan Elementary began uncover the mystery of missing goods in their cafeteria. Even with more than 90% of their students receiving free or reduced lunches, the staff discovered that many of them were taking extra food with them over the weekends to eat. The obvious desperation disturbed the administration. Kids were going home hungry and something had to be done.

The school staff took action by addressing Mill City Church, who met Sundays in the Sheridan auditorium. They asked if they would assist them in helping this growing need. And later that fall. Mill City Church, together with Woodridge Church, launched The Sheridan Story – a project designed to fight child hunger by providing a weekend’s supply of food to hungry children.

It started with providing one bag on non-perishable food to 27 kindergarteners each weekend in 2010. By the two years following, the program would be opened to all students to Sheridan School, reaching more than 300 students in 2012. The spring of 2013 brought their first expansion into another school, Delano Elementary, increasing their impact to some 350 children.

In 2013 The Sheridan Story wondered how they could reach other children in the Twin Cities who live with food insecurity. They saw the need for developing a larger growth strategy and what emerged is their network model of weekend food programs.

With a vision to reach other children in the Twin Cities who live with food insecurity, The Sheridan Story incorporated as a separate non-profit organization in 2013. They launched pilot programs in three additional schools in Minneapolis reaching a total of 500 children in five schools. The pilot programs were successful and the team prepared for a full launch.

The Sheridan Story has seen incredible growth in their impact on child hunger in the Twin Cities. Due to strong school and community partnerships, The Sheridan Story now serves more than 5,400 students in 144 schools!

The practical teacher of trust, balance, and independence. From that first feeling of freedom to first scraped knee, a bike is so much more than just an alternative form of transportation. To a child, a bike is an escape car for a secret agent, or a saddled up horse for a cowgirl. Whether its meeting and playing with others, or learning to look both ways before crossing the street, a bike creates opportunities. All that while promoting exercise. While there seems to be endless opportunities for our thumbs to control a BMX racer in a digital dirt-road arena. A child’s imagination is more life-like than a television screen.

Free Bikes 4 Kids is a non-profit organization dedicated to giving children the opportunity to learn, play, and grow by providing a bike to those in need. Geared towards helping all kids ride into a happier, healthier childhood, Free Bikes 4 Kids has given over 32,000 free bikes away in the last 8 years! Through public donations of gently used bikes, Free Bikes 4 Kids recruits thousands of volunteers to clean and refurbish them. Once they are like new, the organization give them to kids in need.

About Us
Community Involvement
Contact Us
Search
Find Your Vehicle ×