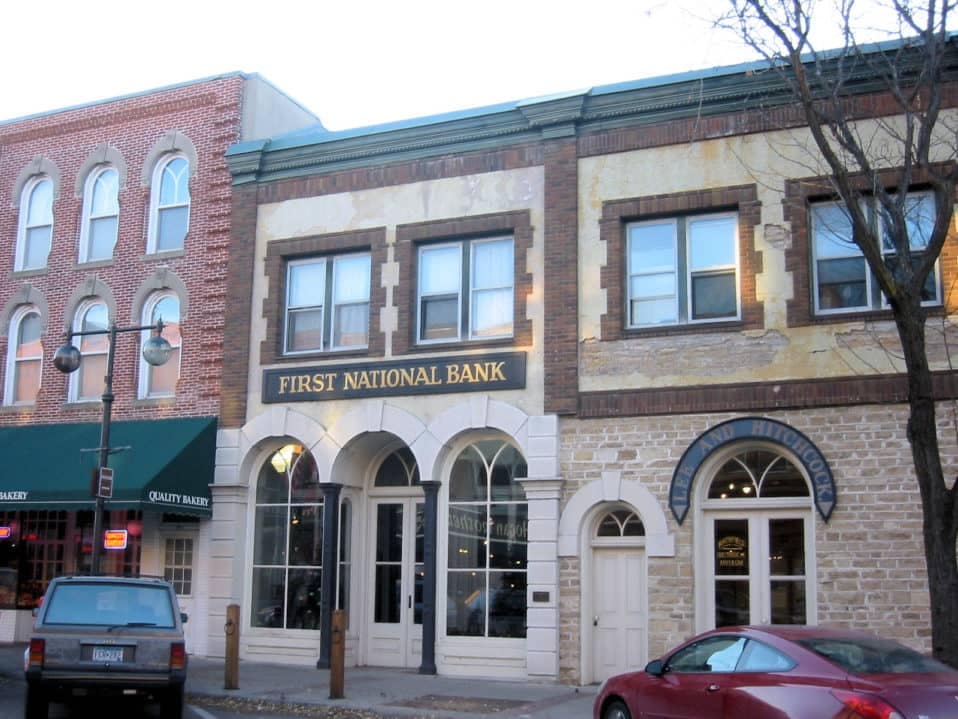 On one of the most renown corners of Northfield Minnesota rests the 1868 Scriver Building. Embedded into its structure lies an infamous crime scene and historic town victory.

Every year in Northfield, MN, the weekend after Labor Day is the Defeat of Jesse James Days. Spend an evening in the 1800’s. Watch re-enactments of the infamous raid, listen to live music, play Bingo on Bridge Square, eat corn, and participate in soapbox races and craft competitions! But before you head to rural Minnesota for time travel, a little history you…

On September 7th, 1876, eight notorious outlaws known by the name James-Younger gang attempted a risky daytime robbery of the First National Bank. Led by longtime-pursued crook and guerrilla, Jesse James and his brother Frank, the gang rode horseback right up to the bank doors.

To execute the bold burglary, the gang split up into groups: some would watch the door while the others would perform the face-to-face gun-point robbery. What would later be known as the “textbook James-Younger robbery” began with three of the desperados walking into the bank without reserve.

With gunshots echoing throughout the town, men armed themselves and began to flock towards the bank. The bandits outside had to come up with a diversion fast. Bolting to the center of the street, the gang men blasted bullets into the air while three more men wearing wide-brimmed hats and long dusters found their window of opportunity and entered First National Bank unnoticed. Waving his pistol, infamous outlaw, Jesse James ordered bank clerk, Joseph Lee Heywood to open the vault. Heywood was shot and killed for his heroic refusal. Another bank teller made a break for the back door and managed to sound the alarm. In their heroic efforts, townsmen were able to kill gang members Clell Miller and William Stiles, but the rest fled the town before authorities arrived.

The 400-mile pursuit lasted for weeks until the Youngers were eventually captured at Madelia, Minnesota. But of course the gang wouldn’t go down without a fight. In another gun battle, guerilla Charlie Pitts was killed. Later, the three Younger brothers were charged with murder and sentenced to 25 years in the state prison at Stillwater. One passed away in prison, while the other two died within a few years of their discharge date.

Betrayed by His Own

Jesse and Frank were the only two gang members who escaped and eventually rebuilt a new gang from the ground up. However, Jesse’s new confidant, Bob Ford despised him. And on April 3, 1882 Ford gave Jesse several bullets to the back in his own home.

While St. Joseph, MO was the place Jesse James took his last breath, Northfield, MN was the beginning of the end for the James-Younger gang, and will forever be known for and credited with the dismantling of the criminal group. So come celebrate this historical event between now and Sunday, September 9th. And catch the Saturday parade, which will be featuring some of our very own Apple Autos vehicles! 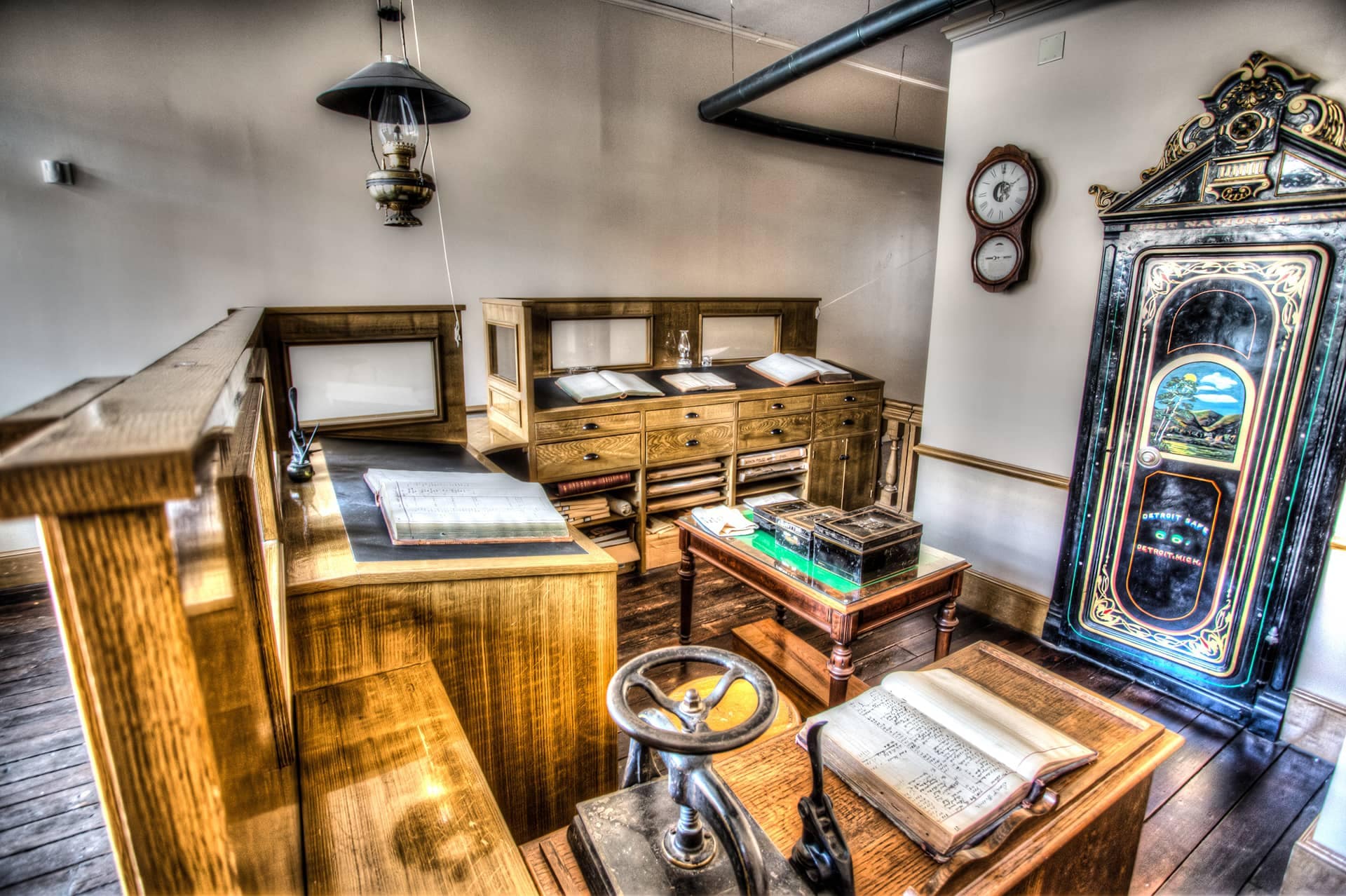 The bank was refurbished in 1975 by the Northfield Historical Society to mimic the 1876 appearance. 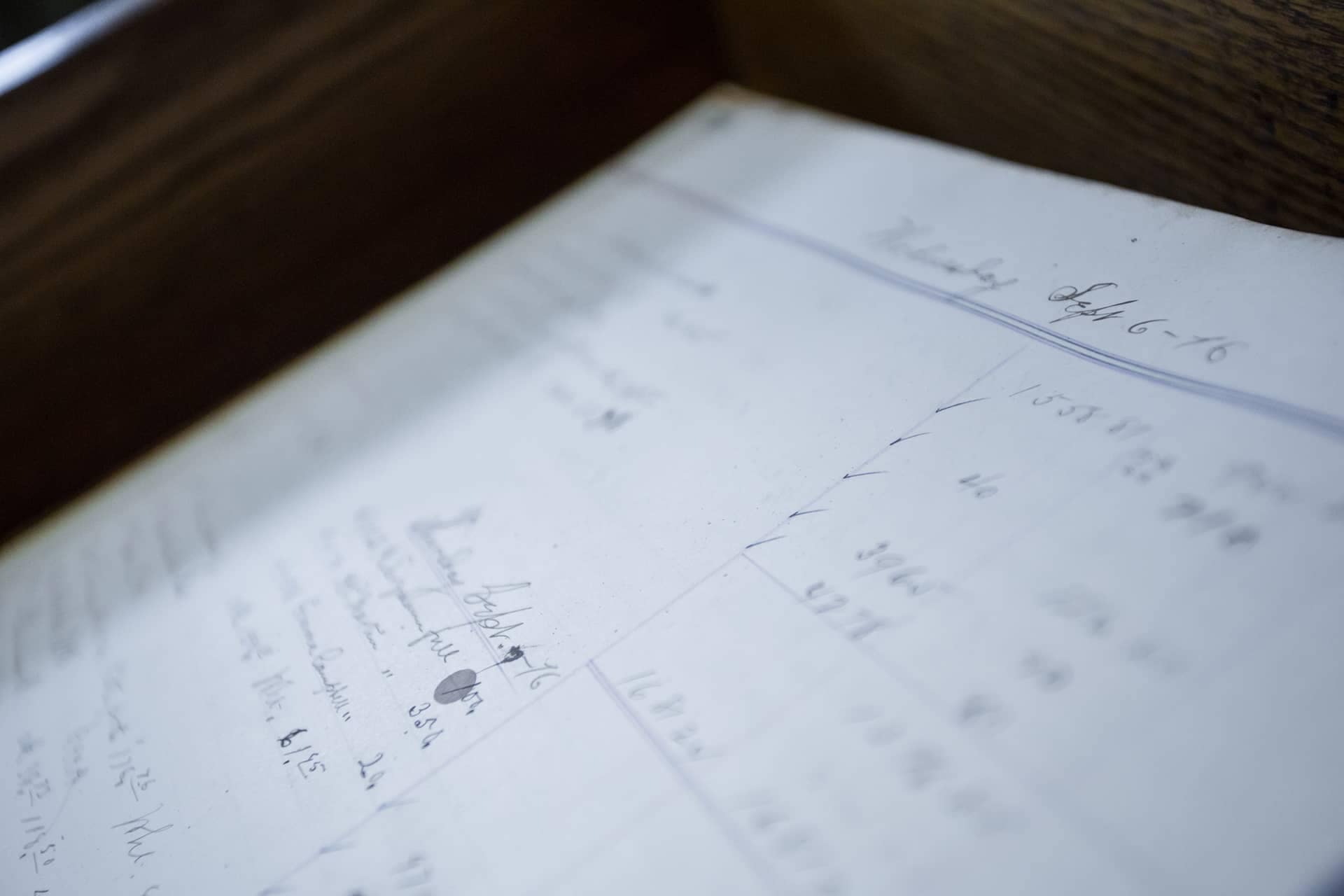 The bloodstained ledger book Joseph Lee Heywood was working on at the time of the raid. 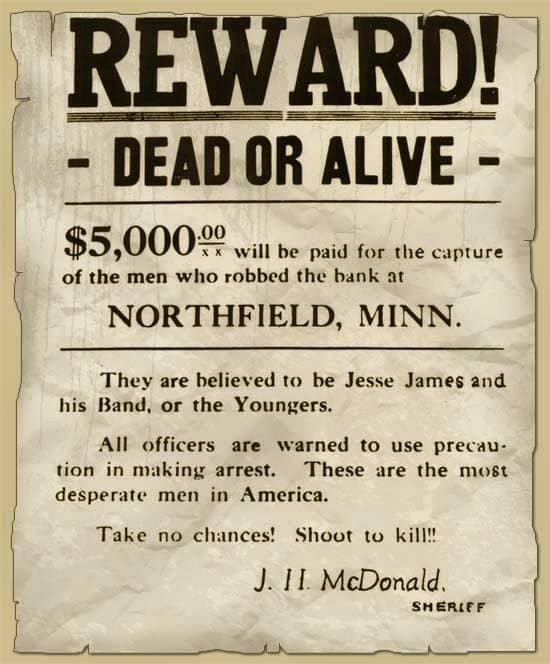 The Wanted add for the James brothers.

0 comment(s) so far on Defeat of Jesse James Day is Still Creating Victories in Northfield, MN